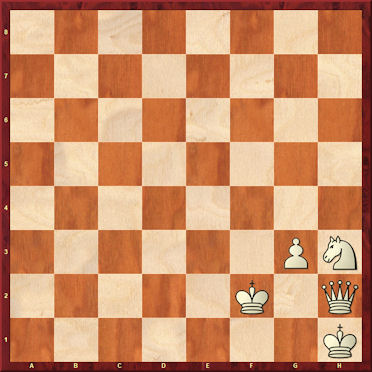 Last week I presented you with the final position of a game played on Yoko Ono’s all white chess set, and asked you which pieces were actually white and black.

The answer is that the white pieces are Kh1, Qh2 and g3, and the black pieces are Kf2 and Nh3. White has just played g3+.

For those of you who, like John and Yoko, think chess should be about cooperation rather than confrontation, about peace rather than war, the helpmate is the ideal genre.

In a helpmate, White and Black work together to reach a checkmate position. In a helpmate in 2, Black starts by playing a helpful move, White moves, Black moves again so that White can create a beautiful checkmate. 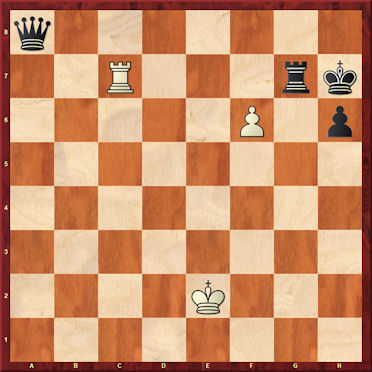 This problem by Jorma Pitkänen was published in the January 2019 edition of The Problemist Supplement.

When you’ve solved it do it again, and then again. There are three solutions: I expect you to find them all.