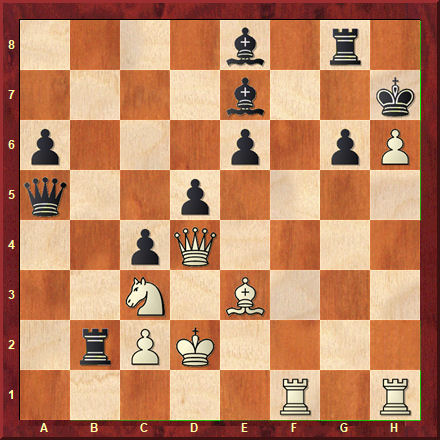 Continuing the game Eamon Rashid-Farokhi-Andrew Bamford (RJCC 1993) from last week’s puzzle, White missed the winning Bd4, or even Qd4, instead playing h6, after which Black had the advantage. It wasn’t so easy for him to defend, though, and a few moves later they reached this position.

White to move again. Again there are two winning moves. This time I want you to find and analyse both of them.