I haven’t offered you a problem for a long time. Here’s a helpmate for you to try. 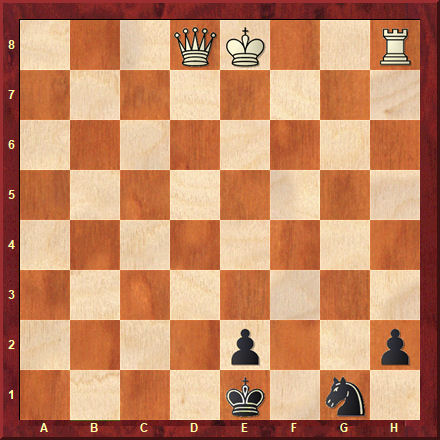 This is a helpmate in two moves, composed by the Problemist Supplement editor Geoff Foster (Australia) and first published there in May 2019.

In this puzzle there are two distinct solutions. You need to find both to qualify for this week’s prize. You never know: our sponsors might put up another £1000 (in the same way that, in the very early days of RJCC, Mike Fox used to offer a million pounds in a Swiss bank account to the first person to solve one of his puzzles). It shouldn’t be too challenging, so, even if you’re not familiar with the helpmate genre, why not give it a go?