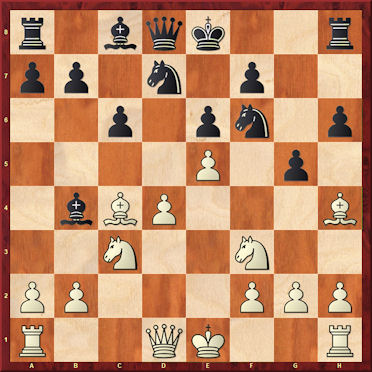 Last week I left you with this position. Were you tempted by the obvious 1. Nxg5 hxg5 2. Bxg5? It looks like you’re going to capture the pinned knight next move with a winning advantage.

A sign of growing maturity as a chess player is a realisation that you will reject most tactics you look at because you discover they don’t work.

So the answer to my question is that White’s best move is the simple Bg3 with advantage.

Some of you will know that I have a database of nearly 17000 games played at Richmond Junior Club over a period of 30 years. You might also know that I’m currently working on the Chess Heroes project: a series of books (watch this space for further announcements) designed to provide coaching materials for players who know the basics and want to reach the level where they can play serious competitive chess.

This position is one I’ll be using for the Chess Puzzles for Heroes book. The book will include positions like the one above where you’ll have to work out whether or not a tactic works, as well as defensive positions like this week’s puzzle. 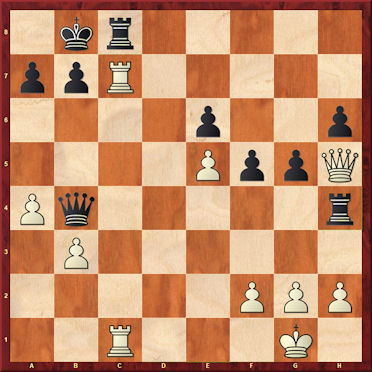 It’s Black to play in this complicated position. What move would you recommend? How would you assess the position?